Editor’s Note: This article is from the August 2021 DownBeat Critics Poll issue.

At the time of this writing, it’s been a little over three months since an immortal inconceivably departed this world, one of so many bright lights in the jazz world that have blinked off in the past few years.

Armando Anthony “Chick” Corea seemed to be able to live forever, because he seemed to have been with us forever — not as a treasured-but-ancient relic from a bygone era, but as a vibrant, ageless contemporary who continued to perform, show after show, for adoring audiences, recording album after album of interesting and varied projects with the world’s greatest musicians of all time and of all genres.

Such a true historical giant can never truly be gone, certainly not in the immediate aftermath of his absence, which is why it was probably a foregone conclusion that Corea would once again top the DownBeat Critics Poll. In his swan song reappearance, he has triumphed in style, winning a triple-crown as the Pianist, Keyboardist and, ever so deservedly, Artist of the Year. DownBeat’s critics undoubtedly would have also voted Corea to the Hall of Fame if the readers hadn’t already done so back in 2010.

Consider it one last curtain call for the jazz grandmaster, who has won 23 Grammys, was knighted as an NEA Jazz Master and received the BBC Lifetime Achievement Award. But in retrospect, Corea might have been doing curtain calls under our noses for some time now, perhaps in a prescient understanding of the surprising swiftness with which a conclusion to a life even as well-lived as his could occur.

One would be forgiven for losing track of Corea’s most recent additions to his discography. He surely made himself a hard act to follow from the very first albums under his own name. If, in a terrible alternate reality, Corea had tragically passed away in 1980, all that he had done up to that point would have still earned him the honor of being one of the greatest jazz musicians of all time. Thankfully, we can joyfully disseminate the full, immense output Corea has created for the ages. (For an excellent summation of Corea’s discography, see DownBeat’s April 2021 issue.)

A quick overview of the albums Corea recorded in the last decade of his life reveals what one might call a fresh retrospective. The Mothership Returns (2011) highlights a reunion tour with the vaunted Return to Forever rhythm section of Corea, Stanley Clarke and Lenny White. Hot House (2012) saw a sublime studio reunion with vibraphonist Gary Burton. The Grammy-winning Trilogy (2013) brought new life to the piano trio setting Corea returned to time and again, this time in the form of Brian Blade and Christian McBride.

That same year, The Vigil (2013) allowed Corea to flex his still-well-defined fusion muscles alongside of a group of impressive young men less than half his age. Solo Piano: Portraits (2014) is a two-hour snapshot of Corea in one of his most comfortable places: sandwiched between an enraptured audience and a Yamaha concert grand. “Welcome to my living room,” he announces before diving into the music.

Try to find a musical setting on this earth where Chick Corea wouldn’t seem completely at home. The number of fascinating one-on-one musical conversations he had with one brilliant artist after another are too many to count, and he added Béla Fleck to that list with Two (2015), a delightfully unusual fusion of jazz and bluegrass.

Corea turned 75 in 2016. He did not release any albums that year, but instead celebrated his birthday with a three-week residency at the Blue Note in New York, where he invited friends to partake in the merry music-making. The festivities were captured in a documentary video, as well as the triple-CD album The Musician (2017). 2017 was also the year of Chinese Butterfly, featuring a band co-led by Corea and longtime friend and drummer Steve Gadd. Recorded in 2018, Trilogy 2 (2019) is an encore live performance by Corea, Blade and McBride, in which they pay homage to the great original trio of Corea, Roy Haynes and Miroslav Vitous with a new rendition of “Now He Sings, Now He Sobs.”

Antidote (2019) is the rub on an important touchstone for the grandson of a Italian immigrant who nevertheless claimed to have a “Spanish Heart.” Corea’s love for Latin-American music first manifested itself in the early Airto Moreira/Flora Purim incarnation of Return to Forever, from which we get the first version of perhaps his most beloved composition, “Spain.” Those sentiments are later flushed out more explicitly with My Spanish Heart (1976) and Touchstone (1992). Antidote is a final injection of those things, imbibed with more of an Afro-Cuban variant.

Corea’s final album is simply, and fittingly, Plays (2020). It’s a true curtain call, where he reminisces and performs many of his favorite pieces, ending with a final retelling from his canonical Children’s Songs suite. Before playing them, he reminds the audience that they were “in the spirit of kids, that are free, that are open, and that always give us a lot of joy.” To see this wise wizard near the end of his life utter these words as he continued to embody what they have meant to him should be of comfort to those of us seeking what he managed to find. May everything old be new again, as may we all one day return to forever. DB 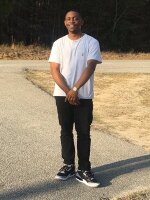